Klein spent 28 years as a senior executive with two separate direct sales companies, working extensively with independent contractors to promote increased sales and team building. Within that 28-year tenure, Klein joined a new direct sales company in 2013, where she climbed to the top ranks of Senior Director in five short months, earning a trip to Austria & Switzerland and a BMW of her choice. In eight short years, her total organizational sales exceeded 4.7 million! Her current team consists of over 1,000 consultants and leaders across the U.S., from California to Maine.

Other awards she has received include BNI Mid America’s All-Star Award for being an exceptional chapter member and in 2019, “Business Person of the Year” from Southwestern Illinois Small Business Week. She also received exclusive awards during her time in the military to include Top O’cer of the Cycle during her training at O’cer Candidate School. After her tour of duty in Saudi Arabia, she was awarded the Medal of Accommodation, Southwest Asia Service Medal, and the Kuwait Liberation Medal.

Klein has been married to her husband, Doug, for 25 years, and they are the proud parents of a blended family of five adult children! Her and Doug have five grandchildren, and ten grand dogs.

When Klein is not consulting, speaking, or training, she donates her time to non-for-profits that she is passionate about: NAMI (National Alliance on Mental Illness), Stray Rescue of St. Louis, the Belleville Humane Society, and the American Cancer Society. She also serves on the Board of Directors with Feed My People, St. Louis. When time allows, you can find her strategizing in her kitchen, cooking up homemade meals so that her children and grandchildren have a reason to visit. She believes that the best memories are made around the table!

Klein’s favorite quote: When you get tired, rest; but never quit. 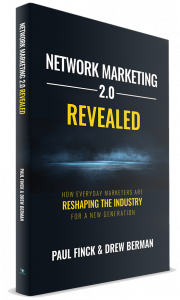